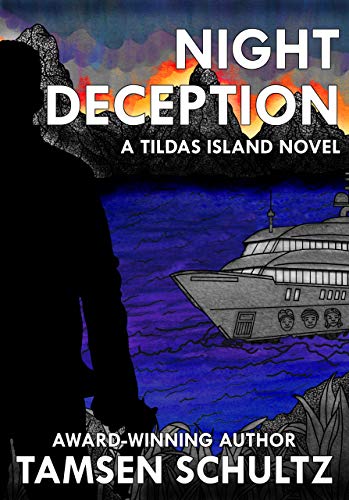 When FBI agent Alexis Wright and former Navy SEAL Isiah Clarke get thrown into a world of deception, depravity, and treason, placing faith and trust in each other—something that doesn’t come naturally to either—becomes vital.

Isiah Clarke may be a former Navy SEAL, but now that he’s retired, he’s more than happy to be passing his time tending to the bar he owns on Tildas Island. That is, until a former teammate sends him a message asking for help in finding and protecting an elusive CIA asset. Isiah can’t ignore what may be his teammate’s last wish and, reluctantly, he turns to FBI agent Alexis Wright—a woman who’s been under his skin since the first time she walked into his bar seven months earlier.

For Alexis, there’s no question she’ll help the former SEAL find the asset. Especially when the information from Isiah’s teammate alludes to a threat to the upcoming Summit of World Leaders—a gathering she and her team are responsible for ensuring the safety of.

But when the straightforward mission to protect the spy throws Isiah and Alexis into a world of deception, depravity, and treason, placing faith and trust in each other—something that doesn’t come naturally to either—becomes vital.
Because it will take more than just their skills to get them out alive.