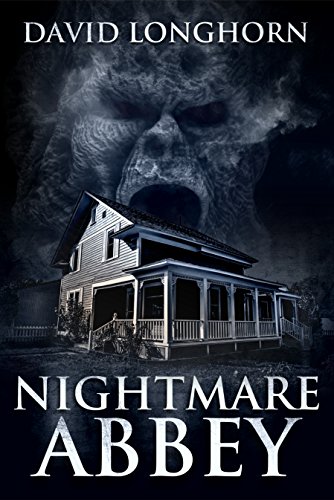 An American TV crew arrives to document Malpas Abbey’s paranormal activity. But things take a nasty turn when they show up.
The only hope for survival rests on their ability to find their way out of the darkness, before the house devours them, capturing all the gory details on camera…

An evil force pulses deep within Malpas Abbey, overflowing with maniacal glee…
Overlooking a dark hill, the gloomy Malpas Abbey has been avoided by locals for centuries. Its infamous history is marred with blood and terror. Only the foolish would dare enter such a place, where devilish hauntings have left a string of dead bodies in its wake.

Just as the building is about to be permanently closed, things take an unexpected turn. An American television crew shows up, hoping to investigate the source of the structure's paranormal activity. Led by producer Matt McKay and paranormal expert Ted Gould, the hapless bunch enter the confines of the hellish residence only to discover that they are in way over their heads.

As the group tries to make sense of the strange occurrences, they soon realize that the cellar might be the key to unlocking the mystery. Inside lies a stone altar that emanates with the evil strength of the Devil himself, feeding upon the crew members' worst nightmares.

With the ominous cloud hanging over them, they realize that there's much more at stake than a disruption in filming. The only hope for survival rests on Ted, Matt and his crew's ability to find their way out of the darkness, before the house devours them, capturing all the gory details on camera…