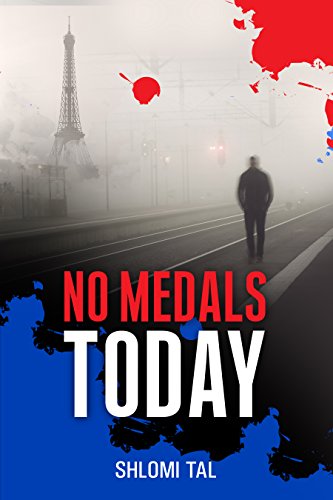 A boring junior diplomat at the Israeli Embassy in Paris finds himself at the heart of an international network of dark trafficking during the Yom Kippur War. A true, heart-racing story that reveals Israel’s secret diplomacy.

Yiftach Cohen is a junior diplomat at the Israeli Embassy in Paris. He spends his days dealing with mundane problems and juggling his boring job, his ordinary family life, and his French lover, Chantal. Until one day, everything changes.

In October 1973, with the break of the Yom Kippur war, Yiftach suddenly becomes a central figure in an international network of smuggling and fraud. He's responsible to provide the Israeli Defense Force with the means to survive and win the war. Now, a chain of dark trafficking relies on his abilities to make the French authorities look the other way.Behind the scenes of Israel's untold diplomatic actions

Wild circumstances transform the rigid and cautious Yiftach into a winner-takes-all hero who'll do anything for the sake of his homeland and his people.

He'll even kill.A heart-racing thriller based on a true story

The State of Israel gives no medals. But it provides Yiftach with a rare opportunity to rediscover himself, and the chance to take control of his life, his loves and his choices.