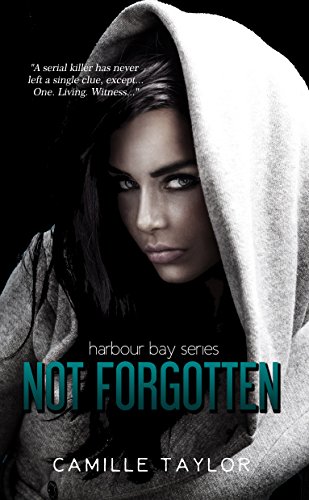 Five years after a horrific homicide, the Butcher has returned to Harbour Bay. Against a brick wall, Detective Matt Murphy enlists the help of psychologist Natalie Miller to unlock the mind of the only living witness. Attraction ignites and passions flare as they search for the killer.

Detective Matt Murphy is assigned the case no one else wants.

The Butcher is a ghost, killing all over Australia for years, and now he's made the small coastal city of Harbour Bay his hunting ground. Up against a brick wall, Matt has no choice but to contact the only surviving witness—seventeen-year-old Hallie Walker. But Hallie has been in a psychological rehabilitation centre since the double murder five years ago, and Matt needs help.

Gifted psychologist Natalie Miller sees a lot of herself in Hallie and vows to help her heal.

Natalie is no stranger to a violent past, and is usually wary of men. She is stunned by her response to the hot detective, and becomes determined to not only see Hallie released—as she believes the girl has been misdiagnosed—but to help Matt solve this unsolvable case.

Matt and Natalie face danger at every turn, but can't fight the powerful attraction between them.

Natalie thinks her only problem is a deranged ex-boyfriend, but is it possible she's attracted the attention of The Butcher? When the serial killer strikes again, they know he's close, and Matt is frantic to catch him…because now he has more than ever to lose.

Matt races against time to stop the bloody rampage, and Natalie might hold the key to breaking the case. But will they survive with their lives and hearts intact…

And can they save Hallie from the prison of her own mind?