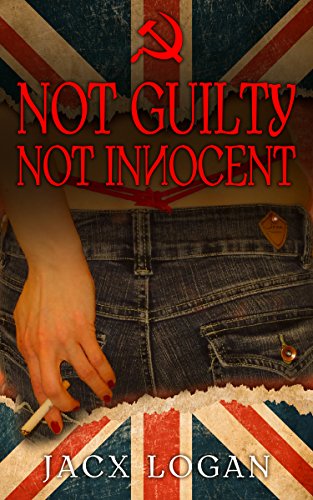 Not Guilty Not Innocent

Murdered singer Renee Porter is the link between a Russian oligarch and a key political player - what she knew was dynamite. Can Valda work out what it is before she pays the ultimate price?

Valda is on trial for murder and it's the biggest scandal since Profumo.

Murdered singer Renee Porter is the link between a Russian oligarch and a key political player - what she knew was dynamite. Can Valda work out what it is before she pays the ultimate price?

Lawyer Jack Lauder is in Belfast dealing with the case of a young well-heeled Russian woman at the special request of up and coming Labour MP Dustin Stanhope acting on behalf of his 'friend' oligarch, Oleg Lagunov.

Valda and her band, The G-String Girls, are performing in Belfast as part of a UK tour. Was it the hand of fate that led her to Jack that night or does she have another agenda? Can Jack ever be entirely sure that Stanhope wasn't behind this coincidence? Although he does not yet know it Valda and her band mate, Renee, are also tied up with Stanhope and Lagunov, two of the London high society power brokers who quaff Moet in their clubs whilst they decide the fate of others.

When Renee is found dead in the bath, Valda is branded the "jealous femme fatale" and charged with her murder. Jack puts his reputation and his life on the line to defend her; he is fast falling for this enigmatic singer even though he knows she is not always 100% honest with him.

Meanwhile the Fleet Street hacks salivate at the prospect of the Trial of the Century. Valda and Jack have little time to gather the evidence which will save her whilst carefully watching their backs as Oleg Lagunov plays only for the highest stakes.