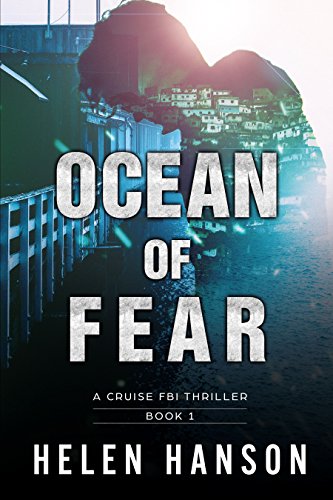 Robotics student Baxter Cruise hustles to maintain his lifestyle through illicit jobs, attracting the attention of the cartel and the FBI. When friends are murdered, his life expectancy drops to zero. He won’t perform dirty work forever—if he can survive the gauntlet of thugs who want him dead.

Instead of an honest future in robotics, Baxter Cruise trades his talent for dirty money.
After a string of bad choices, it’s just another downward slide.

But this time, the consequences are dire.
The cartel now holds Baxter and his secrets in a deadly grip. Nothing is off limits as they exert their control over him through blackmail and coercion.
Abducted to a foreign country, Baxter is forced to aid and abet the cartel’s nefarious plans. While under their control, he searches for a way to escape, because he knows that when the project ends, there’s no reason to let him live.
But even Baxter’s shaky moral compass can find north, especially after he watches them kill an innocent woman.

Claudia, an FBI agent, knows Baxter’s involved in illegal activities, and his connections could help her hunt for a deadly assassin, but she’ll have to convince him to tell her the truth. He’ll have to trust her just to stay alive.

Given his past, Baxter doesn’t trust anyone who can put him in jail. But right now, Claudia’s the only one who gives a single damn.

Amid pulsing action, Baxter must choose between saving himself or preventing an international tragedy.