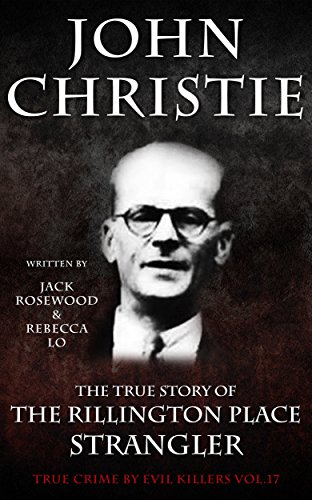 John Christie: The True Story Of The Rillington Place Strangler

This is the True Crime biography about British serial killer John Christie. This monster is truly one of a kind and a serial killer worth checking out.

John Christie was a man with many secrets, and his flat at 10 Rillington Place in London would become known as one of the original houses of horror. Former soldier, Special Constable, and husband, John was to become regarded as one of the worst British Serial killers to date, and one that left a lot more questions than answers following his execution.

Nobody ever suspected that this quiet man would have a dark double life, with a penchant for prostitutes and sexual perversion. He took advantage of the post-war times, the desperate women without husbands and their need to be rid of unwanted pregnancies as a result of prostitution and lack of contraception. Christie claimed he could perform abortions, and this led some women right to his lair, where they would be gassed and raped while they died.

The official number of deaths associated with this London serial killer was eight, but it is believed there were most likely many more. This true crime story is filled with unanswered questions and controversy, as Christie's actions led an innocent man to his death at the gallows. This would later bring about changes to the British legal system surrounding capital punishment, but for Timothy Evans it was far too late.

This serial killer biography will intrigue you, disgust you and make you question how the police and legal system could get things so wrong. The fact that unlike many other historical serial killers Christie hid the bodies of his victims in his house and his backyard makes him one of the most disturbing perpetrators of true crime murder in history.