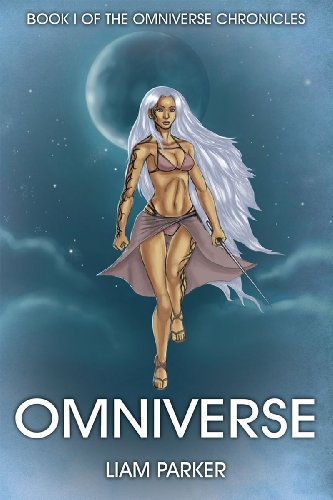 What if you were haunted by terrible dreams? But what if they weren’t dreams, but preludes of the truth? What if you met the woman of your dreams in a nightmare? What if you were fated to endless lives of carnage? All these things and more befall Jack Thornton, Hero.

What if you were haunted by strange and terrible dreams in the night? But what if they were not dreams, but preludes of the truth? What if you met the woman of your dreams in a nightmare? What if you learned that you were doomed to a terrible destiny, and that there was nothing that you could do to escape it?

This is the fate that befalls Jack Thornton, a former Marine lieutenant who served with the famed "Walking Dead" in Vietnam and who is now a lawyer in San Francisco. His quiet, ordered life begins to unravel, however, when his nightmares begin to shape his waking hours. The grim images that haunt Jack's sleep are not of Vietnam, but of things and beings not of this earth. Foremost among them is an adversary older than time and evil beyond imagining: the Yarvaak Golu, The-God-Who-Waits.

Jack comes to realize that he is something far more than human. He is a Hero, an undying servant of the Absolute, doomed to an endless cycle of violent death and rebirth. Jack Thornton finally accepts not only what he is, but that his very soul and our world are in more than merely mortal danger. Jack's journey of discovery leads him down a dangerous and uncharted path to a deadly meeting with his eternal enemy, Heinrich Kuhl; who, like Jack, is also more than merely human. Kuhl is a Servant of Death: a willing pawn of far greater and vastly more malevolent entities than himself. But Jack Thornton will find friends as well as enemies.

He will meet the hauntingly beautiful Aiyanna, whom he encounters in a terrifying dream; and Brighid, the fiery red-haired goddess who loved him in a far-off time and place where he bore a storied name. He will also meet Sean Plunkett, once a feared IRA gunman and soldier of fortune, and now his guide on the Way of the Hero.