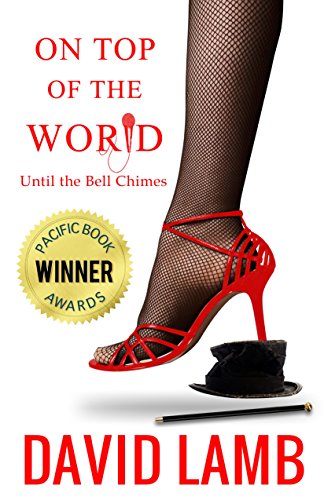 On Top Of The World

True love meets superstardom! Can they coexist? Gorgeous, talented, classy Belle hooked his heart and soul. Swagger skyrocketed him to the top of the charts then his ego swelled and he lost her. Can he win her back?
Clever, feisty , fun this hilarious story will melt your heart.

Platanos Y Collard Greens, comes a modern spin on Dickens' classic tale that perfectly combines humor and romance in a story re-imagined for our digital, consumerist age. This version of Scrooge and Belle is familiar, yet unlike any you've come across before. Scrooge, or rather Scrooje, is music's biggest superstar, with one hundred million albums sold, fifteen million devoted YouTube subscribers, two and a half million Facebook likes, and twenty-five million fanatical Twitter followers known as Scroojites.

Belle, is a legal shark who gulps down her opposition voraciously and whose beauty and stunning figure causes traffic accidents as she zips through the sidewalks of Manhattan stylishly adorned and taking no prisoners. They never imagined being music's most powerful couple, but that's exactly what happened when Belle fell head over heels and gave the Coke-bottle glasses wearing, plaid and stripe attired, scrawny, biggest nerd on her college campus the ultimate makeover, turning him into a fashion impresario whose style sets trends from Milan to NY Fashion Week and who can be seen courtside at the NBA Finals sporting a perfectly-fitted cashmere suit. Then it happens. Belle realizes too late that she's created a chart-topping monster as Scrooje's ego explodes and he starts acting a fool. Now, it's been three years since they ve spoken. But tonight at Hollywood s biggest red carpet event, with the whole world watching, they'll be given a second chance.

Will Scrooje listen to the ghostly-advice of Marley, his best friend since the fourth grade, who at the time of his untimely drowning at his Brazilian poolside birthday bash was as big a star as Scrooje? Will Scrooje finally do right by his number one artist, Cratchit, a genius comedian, who Scrooje invariably rip offs every chance he gets? And with twenty-five million viewers tuned in will Scrooje finally shed his ego, jeopardize his image and declare his love for Belle, the one he betrayed and let slip away? Second chances don't often come around. Will Belle even give him a chance?