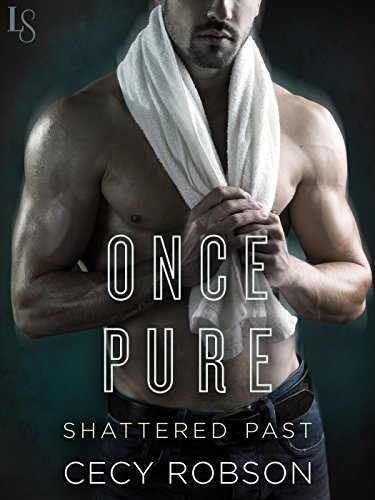 As lethal as Killian is, his childhood friend Sofia is his one weakness. He wants to ensure she’s never hurt again—not like before, and not under his watch. When Sofia agrees to work at his MMA gym, Killian seizes the opportunity to reconnect with the woman he's always loved.

She bears the scars of the past. He blames himself for things he can't control. Their defenses are up, but in Cecy Robson's latest Shattered Past novel—perfect for fans of Monica Murphy and J. Lynn—true love lands a knockout punch.

Sofia Tres Santos remembers a time before her life went sour, before her innocence was ripped away, before she began punishing herself with risky behavior and unworthy men. Now, at twenty, she just hopes she's ready to rebuild some of what she lost. One way or another, it always comes back to her childhood friend and longtime crush, Killian O'Brien.

As strong as Killian is, Sofia has always been his one weakness. He knows Sofia has suffered and wants to ensure she's never hurt again—not like before, and definitely not under his watch. When Sofia agrees to work at his mixed martial arts gym, Killian seizes the opportunity to help and protect the sweet girl he's always cared for. And yet, as he trains Sofia to defend herself using his hard-hitting MMA techniques, he's drawn to the vulnerable beauty in ways he never expected.

As Sofia grows stronger, she also grows brave enough to open herself up to love. And along the way, she challenges everything Killian believes to be true, showing him that no matter how much he dominates in the ring, the real battle is fought in the heart.