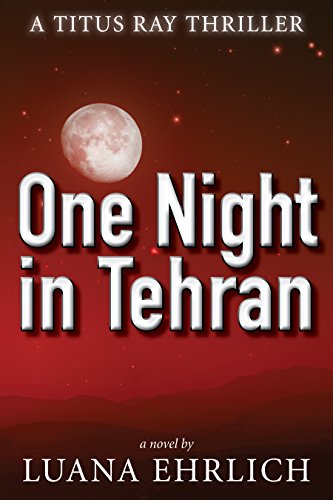 One Night In Tehran: A Titus Ray Thriller

After he escapes from Iran, CIA officer, Titus Ray, goes on the run from an assassin and gets involved in a murder. Is the killer connected to the Iranian couple in Oklahoma? Can Detective Nikki Saxon be trusted with his secrets?

In Tehran, while hiding out from the Iranian secret police, CIA officer, Titus Ray, finds shelter with a group of Iranian Christians. Compelled by their unwavering faith, the battle-hardened agent becomes a believer shortly before they smuggle him out of Iran to freedom in Turkey.

Returning to the States, he discovers his Iranian mission failed because of political infighting within the Agency. After delivering a scathing indictment against the Deputy Director of Operations, he's forced to take a year's medical leave in Oklahoma.

Before leaving Langley, however, he discovers a Hezbollah hit man has targeted him for assassination. Now, while trying to figure out what it means to be a follower of Christ, he must decide if the Iranian couple he meets in Oklahoma has ties to the man who's trying to kill him, and if Nikki Saxon, a beautiful local detective, can be trusted with his secrets.