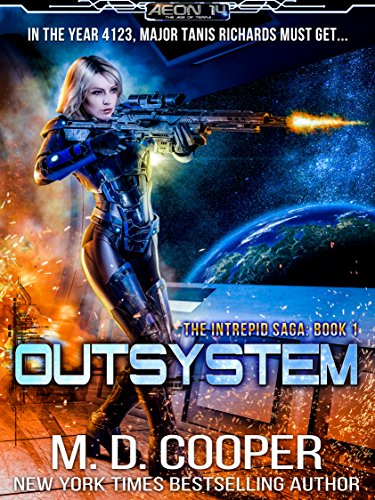 In 4123, the greatest colony ship ever built is leaving the Sol System, and Major Tanis Richards has secured a berth.

In 4123, the greatest colony ship ever built is leaving the Sol System, and Major Tanis Richards has secured a berth.Demoted by the military and hung out to dry, the media calls Tanis the Butcher of Toro. But despite her soiled record, she still one of the best military counterinsurgency officers in the Terran Space Force.

Her background and skill are what cause the colony leaders to bring Tanis on, assigning her the task of stopping the terrorists who are attempting to destroy the colony ship during the final phases of its construction at the Mars Outer Shipyards.

Getting the job done will be her ticket out of the Sol System, but Tanis discovers she is up against more than terrorists, mercenaries, and assassins. Major corporations and governments have a vested interest in ensuring that the Intrepid never leaves Sol, ultimately pitting Tanis against factions inside her own military.

With few friends left, Tanis will need to fight for her life to get outsystem.