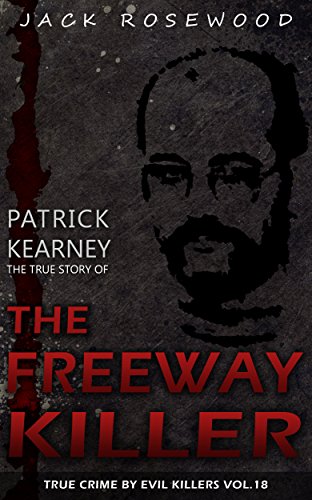 Patrick Kearney: The True Story Of The Freeway Killer

This is a True Crime biography about one of the worst serial killers in US history who spread fear around the California highways...

Patrick Wayne Kearney had a grudge. The American serial killer had been small and scrawny as a kid, and his classmates bullied him mercilessly. As a result, Kearney took his rage out on young men who either made the mistake of hitching a ride with him or catching his eye at a gay bar or bathhouse. In the process, he became one of the most prolific serial killers in California history.

This serial killer biography goes behind the scenes, exploring the background that led to Kearney's horrific acts as well as the swath of death that the man who would become known as the Trash Bag Killer would carve across California.

In the world of true crime murder, Kearney was a monster who preyed upon unsuspected boys and young men, and after they were dead, he used their bodies for sexual satisfaction before dismembering them and bagging them neatly up in industrial-size garbage bags.

With the innocent looks of an accountant, Kearney seemed like a normal guy, if you didn't hear the gunshots - or happen to look out your window while the serial killer was taking out the trash.

In the 1970s, this serial killer had California on edge. Today, Kearney's true crime story will have you on the edge of your seat, wondering how one man could so easily conjure up the devil and bring him so dreadfully to life.