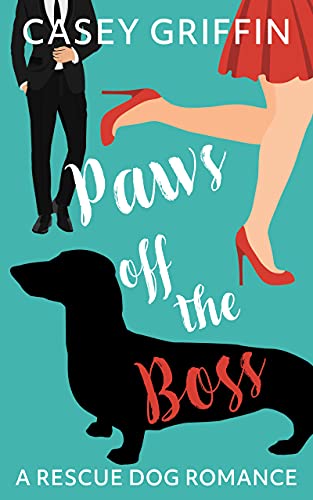 Paws Off The Boss

When Piper Summers accepts a dog walking gig for hunky billionaire Aiden Caldwell, they both fall head over tail, but when her precious dachshund rescue center comes under attack, they have to deal with more than a serious case of puppy love.

She’s in the doghouse. He’s in the penthouse. When their worlds collide, can their lonely hearts become one?
Aspiring veterinarian Piper Summers has worked herself to the bone to graduate. But after she loses two of her three jobs, Piper worries she and her dachshund will be tossed out on the street. So when a hunky, cash-rich CEO offers her a lucrative gig as his dog walker, she swallows her pride and takes the position.

Billionaire Aiden Caldwell buried his fun behind a firm handshake and a sharp suit. But when the fetching woman of his dreams accidentally mauls him, he’s determined to break his leash and retrieve her heart. And after hiring her to walk his rescue hound, he’s willing to jump through every hoop to win her affection.

Though Piper is falling head over tail with Aiden, when her precious rescue center is vandalized and the wealthy man offers help, she fears he only sees her as a charity case. And as Aiden tries to prove his intentions are true, he struggles when business and pleasure start to blur into a serious case of puppy love.

Can they shed all their doubts and let passion bark up the perfect tree?