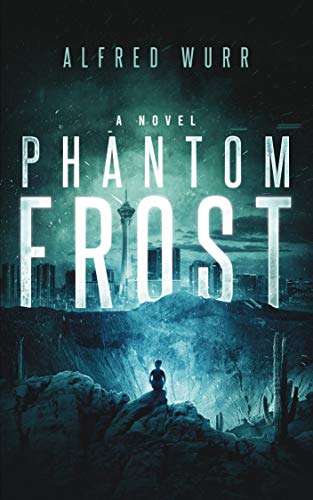 In 1983 Nevada, an amnesic snow being, haunted by visions of an impending doom, must evade the government agents that hunt him. He’s got to keep a low profile and stay cool in a too-hot world as he seeks out an ancient chamber that may hold all the answers.

He’s on a quest to find himself...before they do.

Shivurr remembers little before the Bodhi Institute, the secret government installation where he’s been held and studied like a lab rat for the past decade.

It hasn’t been all bad, though, for a soda-pop-loving sci-fi fanboy, especially in 1983. He’s got all the TV, movies and arcade games he could ever want. But lately, flashes of his forgotten past have invaded his dreams: visions of an ancient chamber where the mysteries of his origin may finally be resolved.

Compelled to find it, Shivurr embarks on a quest, fleeing the facility in the dark of night. Escaping is easy; the Bodhi Group guards didn’t dream he’d ever try. The Nevada desert is dangerous for warm bloods; for a snowman, it’s pretty much suicide, even for one with his seemingly magical command of frost and ice.

Hunted by Bodhi Group agents, keeping to the shade when he can find it, he’s determined to survive; he’s got a feeling the world may depend on it. And, if he doesn’t, well, everyone melts eventually, right?