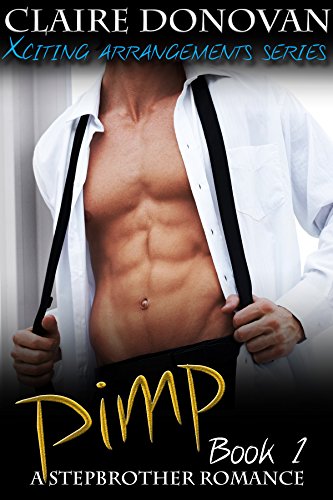 Sweetly seductive Princeton student Alyssa, is a good girl... until the fall of her father's fortune forces her to seek employment as a high class escort. Her problems seem solved until her mysterious boss turns out to be her provocative stepbrother Mace, who is about to learn some new lessons.

Bad boy Mace is an alpha male and a man of action. An amateur mixed martial arts fighter who is building a multi-million dollar business, he satisfies his sexual needs with casual hook-ups that don't involve love or commitment. When his smart and sexy stepsister Alyssa waltzes into his office looking for a job, Mace is determined to dissuade her from becoming an escort. He decides to personally take charge of her schooling in the ropes of her new trade. Little does he know that he's about to learn some new lessons himself.

Mace is struggling with his own issues: sadness over the loss of his mother and anger toward Alyssa's father, whom he suspects killed his mother. He trains and fights in mixed martial arts, to help him subdue his inner demons and keep hidden his dead stepfather's dark secrets. Mace needs to learn forgiveness before he's ready for a serious dating relationship.