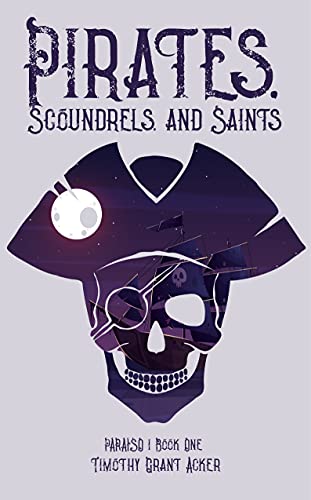 Based on his true experiences, author Timothy Grant Acker tells a riveting tale of modern-day pirates in the unpredictable waters of the Caribbean.

The statute of limitations has run, so the story can now be told.
Pirates are still out there, flintlock pistols and schooners traded for assault rifles and black-painted Zodiacs.
Based on his experience as an international lawyer and pilot, Timothy Grant Acker tells a riveting tale of modern-day pirates in the unpredictable waters of the Caribbean.
Juan’s crew of outcasts and thieves from various countries lived at the edge of a dusty village in Southern Haiti, not far from the Dominican Republic border. They were safe in Haiti—a country of refuge for pirates and thieves, for injustice and abuse.

The village itself consisted of fewer than a hundred hovels of sticks, paper, and earth, all clustered together. The inhabitants made their living from fishing and meager farming. Their bodies were thin, and souls depressed. It was typical Haiti.

The pirate’s neighborhood, though, prospered a little from the thieves’ spending. A few residents dedicated a portion of their homes to selling groceries, supplies, and light hardware, or providing their skills—a couple of seamstresses, a mechanic, and a panga boat repairman. Opportunities to buy alcohol and drugs were abundant, as were women who offered the usual services. A “policeman” was paid by Juan to guard his belongings, prevent problems, and report on everything that happened. He was always wearing the mock badge Juan once pinned on him.

Pirates, Scoundrels, and Saints tells the riveting tales of modern-day pirates in the unpredictable waters of the Caribbean—not Jack Sparrow caricatures, but real men and women driven by their pasts.

Juan is fiercely loyal to his crew and loves adventure, but did he bite off too much by attacking a luxury cruise ship filled with Argentina’s ruthless elites?

His son, Ivan longs to build a respectable life with the beautiful daughter of a prominent Dominican Republic family, but how can he convince Ileana that he is no longer a ruthless pirate?

Maria’s life fell apart when her father died at sea, but she found a new one climbing the ranks of Juan’s crew. When she’s nearly killed leading their most ambitious raid, Maria begins to regret her new life.

Peter, an American expatriate, was a Catholic missionary until alcohol cost him everything. Wondering the hills of Haiti in search of redemption, he begins caring for a young lady who is recovering from a gunshot that should have killed her.