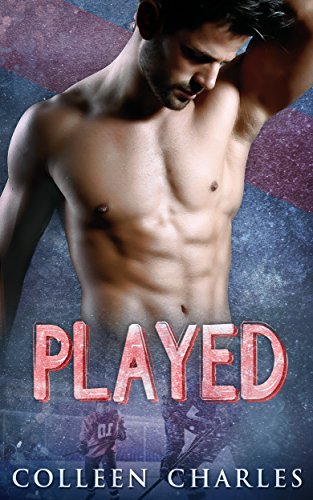 Broke single dad, Reed Matheson, will do anything to save his critically ill daughter, even sell his own soul. Will he be able to get the money in time for her treatments?

Would you sell your soul to save your daughter's life?

With my NHL career ripped to shreds by a devastating knee injury, I've hit rock bottom.

My new life isn't glamorous and people love to judge and label. The groupies have dried up and all that remains after my ex-wife stole all my money and left the country is my hell hole of an apartment and a beat up car I won in a shooting contest my rookie year. But none of that matters to me. It's all about my precious little girl. My heart. My soul. She's sick and she's hurting. There's a special trial at the Mayo Clinic but it costs six figures. I'm uninsured, and the only thing in my bank account is a string of zeros.

So when temptation makes its siren's call inside a hotel bar. I answer. How hard could it be? Escorting rich, powerful women around town? Besides, I'll do anything.

My daughter's uncertain future hangs in the balance. A simple mistake invites a ghost from the past back into my life. She's only a name and a beautiful face in a photograph on a computer screen. Until she isn't. Something about her is so familiar.

Tempting me.
Threatening to destroy me with one look. One touch.

It wasn't supposed to turn into this. She's a trick. A sexy means to a desperate man's end. In spite of the raging chemistry between us, she's veiling her angel's light behind an icy exterior. And she's got her reasons to hide. Especially, from a man-whore like me. I've been reduced to a pathetic shell of the man I used to be. I'm someone would could drag her down from her ivory tower running one of the most powerful tech companies in the world into the cesspool of my meager existence. And I can't. I won't.

We both know this is a one-time thing. No repeats. Bought and paid for in a simple transaction. But I don't think I could ever be finished with her. She calls to me, salving my pain and despair with her kindness and vulnerability. But even she can't help me and my beautiful Jessica. No one can.