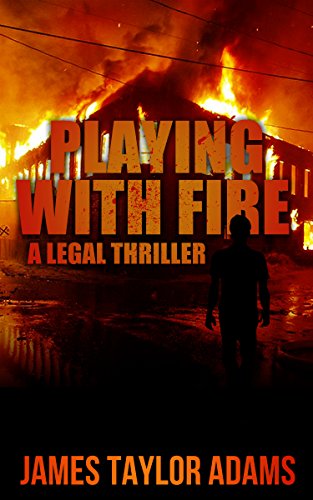 Playing with Fire: A Legal Thriller

Claiming he's being framed for burning down his warehouse, a Brooklyn crime boss hires a lawyer fired by the DA because of his moral principles to defend him. When exculpatory evidence the lawyer discovers begins to disappear, the lawyer devises a way to prove his client's innocence. Will it work?

Brooklyn crime boss Carmine Cimoli has been accused of burning down his over-insured warehouse, and District Attorney Rhonda Battle is out for blood. Thwarted in a previous attempt to bring charges for other nefarious crimes, Ms. Battle is determined to put the crime boss behind bars, and this time she has what looks like an airtight case.

Claiming he has been framed, Carmine hires the blue blood, Harvard-educated attorney Harrison Fletcher, Jr. who was recently fired from his position as Assistant DA for refusing to compromise his ethics, to help him prove his innocence.

Assisted by his beautiful wife and a scruffy, alcohol-loving detective, Harry sets out to discover who set the fire and why. As what really happened that June night becomes clear, evidence begins to disappear. With the defense's case starting to crumble, Harry devises a way to prove Carmine's innocence. But will the plan work?