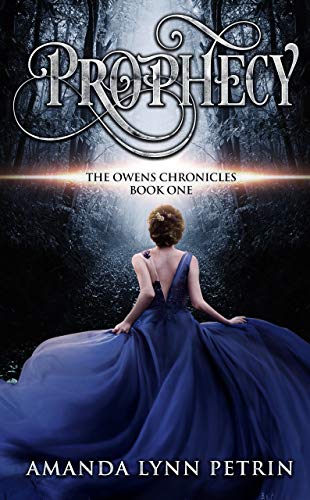 When eighteen-year-old honor student Lucy Owens discovers her family secret, she must leave the world she knows behind or suffer a fate worse than death.

I was falling, the air like ice against my face, but a calm rushed over me, like I was finally at peace. He wasn’t going to get me. We were safe…

When eighteen-year-old honor student Lucy Owens discovers her family secret, she must leave the world she knows behind to avoid a fate worse than death.

Dubbed "that weird Owens girl" since grade school, Lucy struggled to find her place in the small, New England town she grew up in. She lived a quiet, sheltered life with her guardians, surrounded by the memories of her ancestors. Lucy bears a striking resemblance to some of these Owens women, down to the crescent moon shaped birthmark on the back of their necks.

Among her only visitors are two young men, Embry and Gabriel, who claim to be friends of the family. When prom night takes a sour turn, Lucy is forced to take shelter with them from a mysterious man hell-bent on acquiring her.

She also discovers that Embry and Gabriel are Gifteds, a subset of humans with supernatural abilities who don't die until their job is done. In this case, they claim their job is to protect Lucy’s line. But as she gets to know them and her family’s history better, she has to wonder if their ultimate goal is to keep her safe, or to stop the man who’s after her?