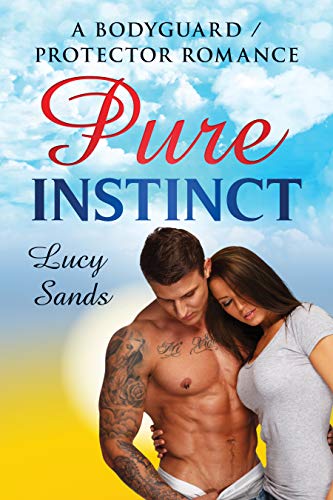 A raw, powerful bodyguard protector romance with suspense, steamy action and as always, a happily ever after!

I would be much better without Rhys Malek in my life, I even have a list of reasons:

One, Rhys Malek annoys the shit out of me.

Two, Rhys Malek is way too hot for his own good — for my own good.

Oh, and he’s my bodyguard. So there is no way of avoiding him.

When Lola Alans survives an attempt on her life, her father doesn’t want to take anymore chances — as the daughter of a high profile politician, someone clearly wants her dead. Enter Rhys Malek, an undercover special operative, who also happens to be the world’s sexiest and most frustrating bodyguard.

Lola hates Malek on the spot, but there is something about him that she can’t ignore.

Maybe it’s his sexy brooding ways, or maybe it’s the fact that his job is to protect her, but beyond her attraction, she knows there is something deeper between them. She tells herself it’s only lust at first, but as things begin heating up, Lola and Malek act on pure instinct alone.

And no matter how much Malek protects her body, he can’t protect her heart.

Enjoy this novel filled with steamy romance, suspense and as always, a happily ever after ending!