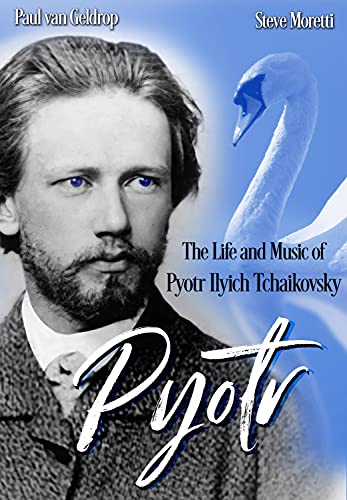 Pyotr: The Life And Music Of Pyotr Ilyich Tchaikovsky

Pyotr Tchaikovsky was bestowed with a rare musical gift but burdened by self-doubt and passions forbidden in 19th century Russia. This biography takes you inside the head of the composer, from age 7 to his untimely death at 53, and provides a musicologist’s guide to his immortal music.

He changed ballet forever. And hid his wounds even longer. Pyotr Ilyich Tchaikovsky was bestowed with a rare musical gift, but burdened by demons of self-doubt and passions forbidden in 19th century Russia.

He struggled to release the music inside his head. And equally, to find romantic fulfillment that always remained just beyond his reach. He was deeply affected by the women in his life – those he loved, those he despised, and those whose affection he longed so badly to hold. Yet, aside from music, his truest passion was reserved only for men.

Tchaikovsky refused to abide by the rules of the musical establishment of his time. Assailed by critics as being ‘neither Russian nor German,’ he endured scathing criticism which he often took to heart, destroying many of his own ‘imperfect’ compositions.

This compelling new work takes you inside the head of Pyotr – from age seven to his untimely death at fifty-three. It also provides a layman’s guide to his music and his musical influences, and the techniques Tchaikovsky used to chart his musical destiny.