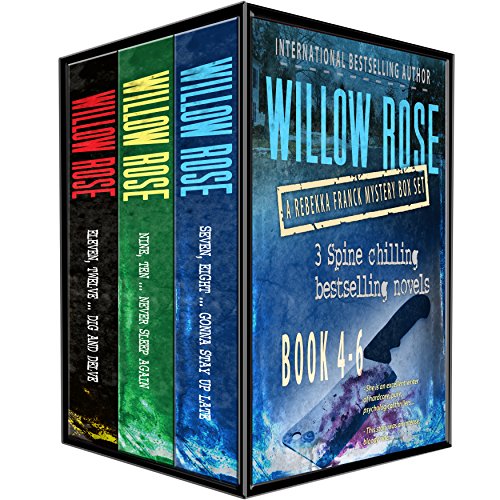 She thought she could keep it a secret. Just fourteen years old,

Nine, ten ... Never sleep again:
It is business as usual when Henrik Fenger picks up a girl in the bar and cheats on his wife with her in his hotel room. But, when he opens his eyes the very next morning nothing is as usual anymore.

Henrik Fenger is the victim of a horrendous crime whose like has never been seen in the small kingdom of Denmark.

Rebekka Franck is on her way to spend a nice relaxing week of vacation with her ex-husband Peter and her daughter Julie. They're supposed to work on their relationship and find each other as a family again, but soon Rebekka is pulled away for work when she is called in to cover the case for the newspaper along with her photographer and former boyfriend Sune Johansen.

Eleven, twelve ... Dig and delve:
Everybody hates Mondays. This Monday is particularly bad for the residents on Blegevej in the Northern part of Denmark. Just before eight o'clock Monday morning, the entire neighborhood sinks into the ground in a matter of seconds when a giant sinkhole opens up underneath it.

Rebekka Franck is visiting a dear friend when she is swallowed up by the hole and ends up trapped inside a limestone mine. Together with the surviving residents from the neighborhood, she tries to get by underground while waiting to be rescued. When the body of one of the survivors turns up inside the mines, they suddenly know that not only do they face starvation and thirst, they also have a killer among them.