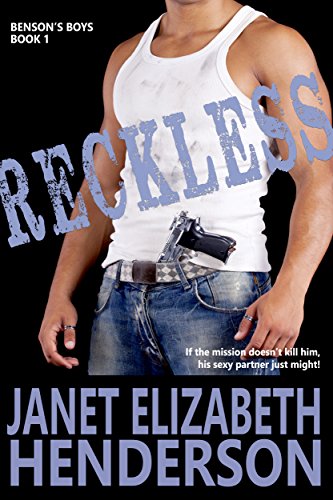 Two unlikely partners - an skilled ex-US Army Ranger and a job-hopping Scottish woman with no sense of fear. One goal - bring down a crime lord and save their sisters. Join Megan and Dimitri as they race through Europe's underworld, fighting the enemy and each other, in order to protect the people they love. It's an explosive first mission for Benson Security's new London office. And an explosive relationship between partners that might just get them all killed.

If the mission doesn't kill him, his sexy partner just might.

Dimitri Raast and Megan Donaldson have a common enemy—the head of an organisation that specialises in human trafficking and sexual slavery.
They have similar motivation—Dimitri's sister was taken by the organisation, and Megan's sister is threatened by it.

They have the same goal—eliminate their enemy and save their sisters.
Given they have so much in common, you would think working together would be a piece of cake.
You would be wrong.

While Dimitri brings skills and experience from years as a US army ranger to their partnership, Megan brings a background in failed career choices and an ability to cause trouble wherever she goes. Yet, even with so much at stake, Dimitri can't resist Megan's particular brand of crazy. She's wild, she's sexy and she's fearless. An irresistible combination for a man who lives his life completely in control.

Now, after almost a year with one all-consuming focus, Dimitri finds himself torn between rescuing his sister and protecting the woman he wants from herself.
Before she gets them both killed.