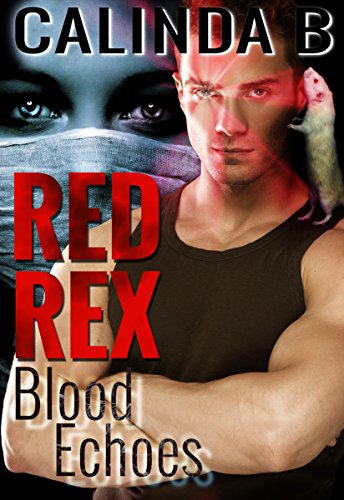 Eighteen-year-old Gaige Dupond has life all mapped out. Lose his virginity to Emily. Get married. Become a pro-soccer player and travel the world. His father has other plans – to turn him into an alien Deltarc warroir. Will he find revenge, or become a replica of his evil father?

"Your true name is Red Rex. The baddest of badasses, an alpha warrior beyond compare…" Or, at least, that's what he's been told.

Eighteen year old Gaige Dupond has his life all mapped out. Lose his virginity to Emily. Get married. Become a pro soccer player and travel the world.

His father, a pure-bred Deltarc from another planet, whose race is growing extinct on planet Earth, has other plans—either confirm that he truly takes after his warrior father, and not his dearly departed empath mother, or snuff out his existence.

All plans go awry, however, when the dangerous red darkness in Gaige is awakened like a beam of hell flickering from his right eye. Pursued by a vicious Deltarc bounty hunter, Deltarc tracking hounds and his father's wicked minions, he loses his home, his life, all that he holds dear in pursuit of the truth. In his quest to find his mother, victim to a corrupt cryopreservation project in outer space, and right the wrongs inflicted on him, he finds something far darker—his own sinister motivations and the need to feed on something other than human food.

His only companion, a lab rat refugee named Sojourn, Gaige knows he'll never be loved—not in the way he'd always envisioned. Will he find the revenge he's seeking, or will he become an evil replica of his father? That's the last thing he'd ever wish on himself, but it may be his only option for survival.