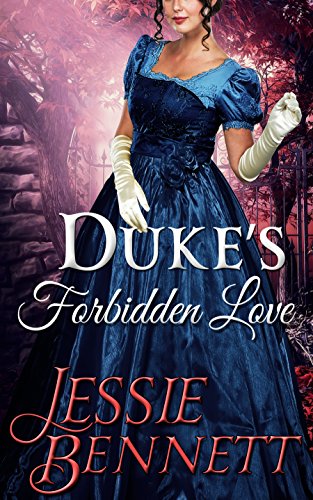 A beautiful widow. A daring younger man. A society-threatening age gap. Keep it a secret or risk the wrath of the ton? Is the love between the two simply lust between the stereotypical lonely widow and headstrong young man—or is it meant to last forever?

A beautiful widow. A daring younger man. A society-threatening age gap. Keep it a secret or risk the wrath of the ton? Will there be any happily ever after for them?

Mrs. Anna Vanessa Maddy is a beautiful widow, now in her early 40s, although she's always told that she looks much younger.

Duke Bryan Michael Watson has never minded a challenge, especially when society would not approve of the match.

The duke knows that if he hurts the pretty widow, regardless of her age, the members of his peerage—and all generations surrounding—will never forgive him. She's a beautiful lady on the inside and out, and well loved by all those who know her. However, he's immediately attracted to her, despite an age gap of more than twenty years.

Anna is lonely, despite the attempts of her teenage son and father to distract her from the sadness caused by her husband's untimely death a few years earlier. At a grand ball, she meets a handsome young man who draws her into his aura, creating a magnetism that neither of them can deny.

Her father does not approve of the match, mostly due to the age difference, and they couple fears that society will never accept them for this reason. Without her father's blessing, Anna cannot wed her handsome love, regardless of how she feels, and even if it means ignoring the fact that she already loves him more than she ever loved her husband.

Will Anna be forced to marry the much older Duke Doughtery, her father's friend, instead of the love of her life?

Can Lord Bryan convince her father that his age is truly not a factor, and that his business savvy and maturity should be considered first—along with his love for Anna and her son?