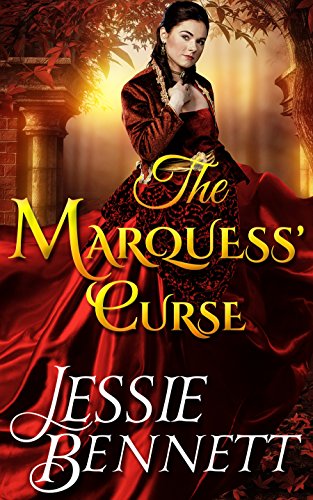 After learning his lesson upon the death of his young, barren wife, Lord William Montgomery sets out for America to start over. However, he never plans to fall in love with a princess, and must discover who plans to kill her when she slips into a sudden, unexplained coma while on board the ship…before his curse can devour her!

The princess he desires may be the next victim of the marquess' curse.

The second son of Lord Fairfield, William David Montgomery, has just experienced one of the greatest tragedies of his young life. His wife, who he confesses that he did not love as he should, has just died suddenly, leaving him alone to battle the demons of guilt and regret that haunt him. If he'd been the husband he should have been, perhaps she would not have succumbed to her weak heart.

To escape the past, he decides to leave for America and begin establishing business ventures there, but on the way he meets a beautiful princess also seeking respite from daily life. Belle Van Den Berg, Princess of Netherlands, has captured his thoughts in a way that he's not experienced since Abigail, the mother of his illegitimate child, or since the beginning days of his married life. However, she is as innocent and pure as he is tarnished, and he knows that there's no room for him in her loving heart.

Everything changes in an instant when Princess Belle falls into an unexplained coma suddenly, although they are at sea on a small ship with only a handful of passengers and a skeleton crew. Lord William begins to wonder if it is because of her frail constitution or if the sudden onset is deliberate…perhaps a case of poisoning. He must discover the truth before it's too late for beautiful Belle…

Can Lord William find the culprit—and an antidote or cure—before his heart is broken by another untimely death?

Will Princess Belle find room in her heart for her wayward knight in shining armor?