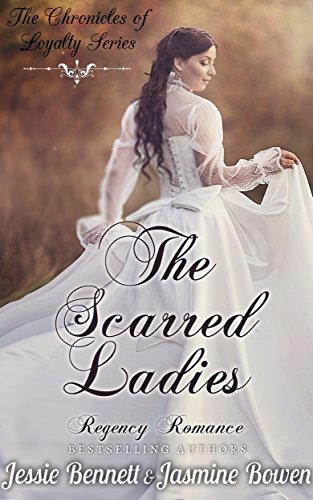 What do a scarred marchioness, a laundress with a face-covering birthmark, a naval intelligence officer, a woman with dreams of grandeur, and three king’s guardsmen have in common? Will they find true love despite all adversaries coming?

What do a scarred marchioness, a laundress with a face-covering birthmark, a naval intelligence officer, a woman with dreams of grandeur, and three king's guardsmen have in common?

Five friends, tied together by true love, duty, or friendship, begin a journey that will change the lives of everyone involved.

.THE SECRET PRINCESS...
Can a mission to find the missing bastard children of the new prince regent lead to the destruction of the happiness enjoyed by a lowly intelligence officer and his beloved Loyalty?

.Will the most intelligent officer in the king's guard be able to find the children, and how does his mission link to the woman he loves with all his heart—or is the link just a hallucination dreamed up by a friend suffering from seizures?

.THE DISFIGURED MARCHIONESS...
Can a disfigured Marchioness, richer even than a king but hoping for true love, finally find her heart's desire in handsome Ricardo, a member of the King's Guard?

.Ricardo is the son of a merchant, certainly not noble, and more than a little used to winning the heart of any woman he wants. In fact, his friends tease that he changes romances as often as they change socks, especially his best friend, a gruff and aging guardsman with a secret past. He believes that his heart is too wild to be tamed and held by one woman for long, but he's about to meet the one woman who might change his mind.

Although he's been assigned to guard Nora, Marchioness du Andres, with his life, nothing prepares him for the assault on his heart.

.Can the son of a merchant and a woman wealthy beyond his imagination find a way for true love in a world where nobles marry based on everything else, or will he be forced to watch as she gives everything he holds most dear to a stranger who murders her in her sleep simply for her riches?

.THE SCARRED MARCHIONESS' SECRET LOVE...
What happens when a scarred Marchioness with more fortune than the King desperately seeks a noble marriage to end the threats against her life?

.Although she loves the handsome guard who has captured her heart, the disfigured Marchioness du Andres is forced to marry another man. The match must be made for security, with the hope that he is not choosing her solely based on her title and fortune, and will likely be without love. However, even with everything that she offers, she knows that the options will be few, especially since so many are plotting to take her life. It is up to her once-ward Alexander, now a King's Guard, and handsome Ricardo, the love of her life, to protect her—and eventually deliver her into the hands of her future husband.

.He has trained for years to be able to protect the nobility, but nothing has prepared Ricardo for the idea of giving the woman he loves to a man who may never love her.

.Can the daughter of a noble family, rich beyond calculation, hope to find love in a land filled with chaos and plots to rob her of her most valuable possession—her life—or will she be forced to marry someone who values only her purse?

.NO LONGER A PRINCESS...
Can a princess and a marchioness, each scarred and afraid, make a new life on the run with the men they love and the guards who protect them?

.Can Lady Nora, heiress to more than even the throne offers, finally find safety even as she runs for her life with Princess Loyalty, who must hide from would-be contenders for the throne or will those who seek their lives finally succeed in their unanimous mission?