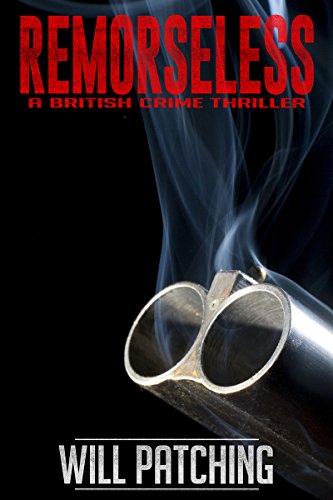 Doc Powers, a criminal profiler tormented by guilt over his role in his wife's death, struggles as a face from the past invades his life again. Can he overcome his personal demons and prevent a violent killer from taking revenge on those he blames for his incarceration – including Doc himself?

A devious serial killer, brutalized by years in prison is up for parole and, one way or another, he wants out.

Criminal profiler Doc Powers is assisted by Detective Inspector Jack Carver of London's Metropolitan Police as he tries to unravel the truth about this violent psychopath while battling demons of his own.

Peter Leech is a cunning, devious killer, brutalized by half a lifetime in prison for the vicious murder of his parents. Now he's up for parole and, one way or another, he wants out.

He's driven by obsessive lust for Judy Finch, a beautiful parole officer who spurned his advances, and his thirst for revenge on those he blames for his conviction.

His nemesis, Doc Powers, the forensic psychiatrist who assessed his mental health for trial, is now on the panel reviewing Leech's parole application. But Doc fears for his own sanity. His feelings of guilt over his wife's death and his terrible experiences as a criminal profiler threaten to overwhelm him. Hallucinations haunt Doc as he struggles to convince his colleagues that Leech is a dangerous unreformed psychopath.

A blossoming relationship with Judy helps Doc heal - emotionally and professionally - but he soon discovers he's ill-prepared for Leech's re-entry into his life...