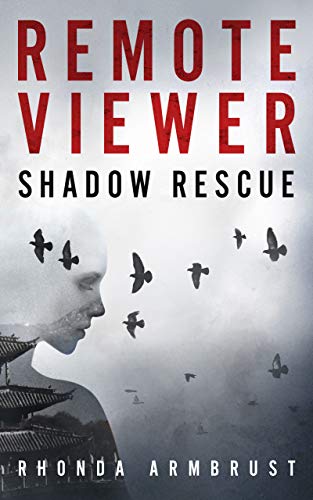 Jazz is hired by the National Clandestine Service for her clairvoyant powers. Her mission is to dismantle a bioweapon plot designed to devastate the Chinese population. But when Jazz wakes up one morning with no memory of the NCS, her mission is compromised and thousands of lives are at stake.

When your mind is your most powerful weapon, what happens when it’s erased?

Jazz is hired by the National Clandestine Service for her supernatural, clairvoyant abilities. Her mission is to locate Chinese assassins and name their elite targets, who head a bioweapon plot designed to control the Chinese population and wipe out hundreds of thousands of lives.

But when Jazz wakes up one morning at her home in Washington State with no memory of the NCS or her mission, she can no longer distinguish her friends from her enemies.

A handsome, blue-eyed psychologist, Aidan, is assigned to help jog her memory. Just as their relationship turns romantic, Jazz is kidnapped and taken to a monastery in Chengdu, China. Here she’s forced to confront the truth of how her memory was erased, human rights conspiracies that underlie her mission, and the death of her parents—which she fears was influenced by her clairvoyant powers.

A rescue attempt by Aidan is thwarted. And a daring escape down China’s Jing River, over the mountains into Myanmar, and to a remote tribal village in India ensues.

Now, Jazz is caught in a deadly game between powerful forces that spirals her life out of control.

She is being hunted.

CIA operatives have been ordered to kill Jazz before she can return to America and expose a shocking secret that undermines her entire mission and questions the moral fabric of the institutions we trust.