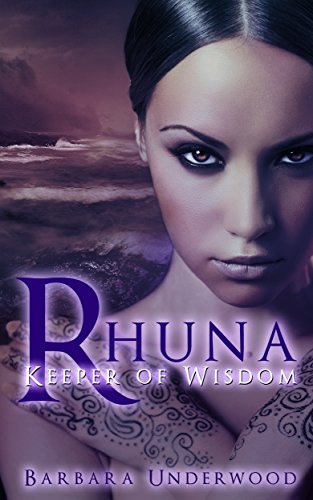 In the distant past, when an Atlantis-like civilization had magical powers, a young girl named Rhuna learns the truth about her father and the enemy that caused his demise. When her idyllic home is threatened by this old nemesis, only Rhuna possesses the special inherited skills to stop him.

In the ancient, mystical past when an idyllic Atlantis-like civilization flourished, its people with exceptional powers could build giant stone structures like the Pyramids, and transform elements such as sand to stone and metal to gold with concentrated energy of the mind.

This utopian Atlan Empire is rocked when one of its most preeminent Masters rebels and seeks to subvert the ideals of Atlan society. Roaming the countryside in a black robe, misusing his powers on innocent people, he becomes known as the dreaded Dark Master.

On a distant and isolated island on the fringes of the Atlan Empire, a young girl named Rhuna comes of age when she meets a man from Atlán and learns that her father was an Atlan Master who was killed in his attempt to destroy the Dark Master.

Journeying across oceans and ancient worlds, Rhuna learns to master her inherent mental powers, transforming elements and summoning visions by means of the Gazing of the Waters. Unlike her peers, however, Rhuna discovers she has an extra power, namely the ability to summon visions mentally, without incantations or powders.