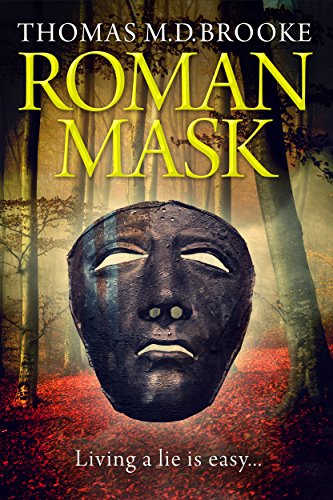 Rome AD 9 and Cassius, a popular war hero, is enjoying a decadent lifestyle. After his nerve is broken in Germany, he dreads returning, but a summons from the Emperor’s wife leaves him no choice, and he returns to the events that will resound down in history, in the dark forests of the Teutoburg...

Rome AD 9
Augustus Caesar rules Imperial Rome at the height of its power, as the Roman Empire stretches across the known world. Cassius, son of one of her most powerful families, is the personification of Rome's imperial strength: wealthy, popular, a war hero with a decorated military career - none of Rome's fashionable parties are complete without him - except, he hides a secret.

After his nerve is broken in Germany, the thought of genuine armed combat is enough to send him into a cold sweat of fear and shame. But this doesn't dissuade him from living off a false reputation so he can continue a life of casual affairs, wine, and parties, as he is seduced by the many vices of Rome.

However his scandalous life is soon upset by a summons from the Emperor's wife. It ends his happy decadent life and returns him to Germany to assist the Roman legions in their greatest ever trial, and the events that will resound down in history, in the dark forests of the Teutoburg...