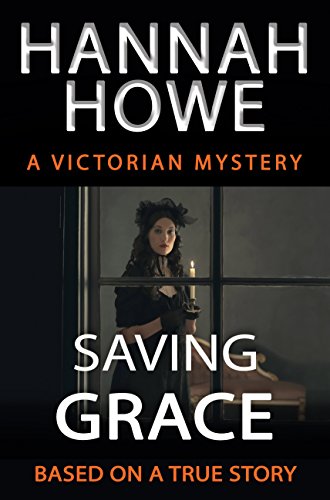 The courtroom drama of the Victorian Age, everyone had an opinion on who poisoned wealthy banker Charles Petrie with his new bride, Grace, as the prime suspect. Did Grace poison Charles? Saving Grace reveals the shocking truth.

Sensation in the Charles Petrie Case!

Readers may recall that a young banker, by name Mr Charles Petrie, with every opportunity of succeeding in his profession, and commanding a not illiberal income, returned home after riding his horse to dine with his wife, Grace, and her companion, Mrs Quinn. During and after dinner he had nothing to excite him save the receipt of a letter which somewhat annoyed him, and that his wife consumed rather more wine than he considered to be good for her health. Immediately after retiring to his room he was seized with symptoms of irritant poisoning, and despite every effort made on his behalf, he succumbed to its effects. An inquest was held, which vexed the minds of the Coroner's jury to a degree without precedent in Coroners' Inquest Law, and an open verdict was returned. However, the matter will not rest there, for after questions in Parliament, a second inquest has been called under suspicion that Mr Charles Petrie was murdered.

Who poisoned Charles Petrie? Dr James Collymore, a man familiar with poisons, a man harbouring a dark secret that, if exposed, would ruin his career; Florrie, the maid who supplied Charles with his bedtime drink; Bert Kemp, a disgruntled groom, who used poisons in his work, who four months previously had predicted Charles' dying day; Mrs Jennet Quinn, a lady's companion with a deep knowledge of poisons, and a deep fear of dismissal; or Grace Petrie, Charles' wife of four months, a woman with a scandalous past, a woman shunned by polite society.

With crowds flocking to the courtroom and the shadow of suspicion falling upon Grace in the shape of the hangman's noose, could dashing young advocate, Daniel Morgan, save her?