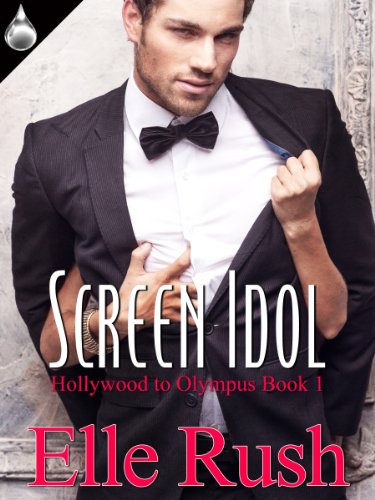 It shouldn't be this hard for a god to get a date. Hollywood heartthrob Chris Peck plays Zeus on the hottest show on television. But when he needs contest winner Sidney RIchardson to play along to get a part, he’d better hope Hollywood magic can give them both a happily-ever-after.

When an actor who will do anything for a part has to romance a woman on a fundraising mission who wants nothing to do with him, he'd better hope Hollywood magic is real enough to give them both a happily-ever-after. Tickle your funny bone with Elle Rush's new romantic comedy, Screen Idol.

Sydney Richardson should have trusted her instincts and locked the door when a Greek god appeared on her doorstep at sunrise. After months of work, she needs every second of the day to wrap up a two-part fundraiser for burn victims like herself and she can't afford to waste time with a TV hunk, no matter how good he looks in a toga.

Chris Peck, worshiped by millions as Zeus on the hit drama Olympus, desperately wants to prove to the producers of a soon-to-be-cast romantic comedy that he doesn't need fight scenes or special effects to make the jump to the big screen. Acting as the slave-for-a-day in the show's fan appreciation contest was supposed to cement his everyman credibility but the winner wants nothing to do with him.

Chris is captivated by the woman who refuses to fawn over his looks and fame, and he promises to put her fundraising efforts over the top if she'll spend the day with him. However, just when he convinces Sydney they could have a chance together, the movie's producers offer him an audition that would mean breaking his promise and leaving Sydney in the lurch. The king of the gods has until sunset to prove to his new off-screen love interest that Hollywood magic and reality can co-exist.