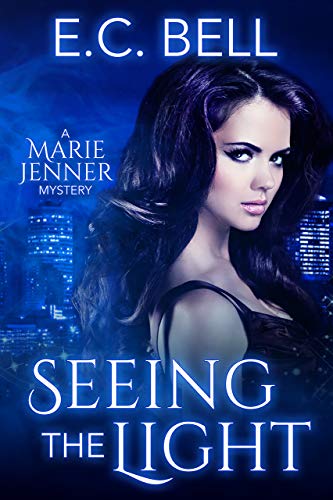 In the first book in the Marie Jenner Mystery series, Marie is looking for a job. She thinks she’s found the perfect one—until a ghost pops up and tells her he will haunt her until she finds out who killed him.
All she wants is normal. She isn’t going to get it.

Marie Jenner has never had much luck. Her job sucks. Her apartment — the one with the unbreakable lease — has a ghost. And worst of all, her mother won’t let up about her joining the “family business.” Since that business is moving the spirits of the dead on to the next plane of existence and doesn’t pay at all, Marie’s not interested. She wants a normal job — a normal life. That’s not too much to ask, is it?

Apparently, it is. Even when she applies for the job of her dreams, Marie doesn’t get what she wants. Well, not entirely. She does get the job — but she also gets another ghost. Farley Hewitt, the newly dead caretaker of the building, wants her to prove his death is not an accident, and she’s pretty sure he’s going to haunt her until she does.

All she wants is normal. She isn’t going to get it.