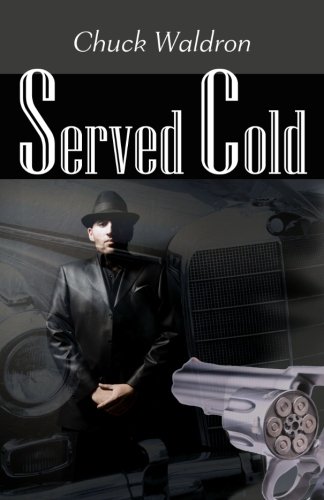 A lover is killed, a family targets, and a bodyguard goes into hiding with a newborn. It's what happens when a long-standing feud erupts into hot-blooded vengeance.

For two families, revenge served cold is not on the menu. Fuelled by a long-standing feud between the clan patriarchs, nothing less than hot-blooded vengeance will do...

Called to the bedside of his dying father in Atlanta, a young man never expects what is waiting for him. In a hospital room the man who raised him, isn't his father. Instead, he learns about his true parents and a feud that went horribly wrong. For years an uneasy balance of power between two powerful businessmen remained intact.

But when one discovers his daughter is pregnant and the father is the son of his hated enemy, a deadly game tips the balance. In a violent power play, he orders her lover killed, sending a clear signal to his nemesis.

In hot-blooded retaliation, his adversary arranges punishment, a hit on the other family, drawing a special target on the head of the most prized possession: the young daughter. A trusted bodyguard and driver escapes with the mother-to-be, finding the presumed safety and anonymity to await a birth, a new beginning.
But no place on Earth is safe from all-out revenge. As assassins close in, Rocky narrowly escapes with newborn baby Sean and goes into hiding, creating a new identity. Disappearing into another world, he is able to raise Sean in peace for many years.

Hearing this incredible story, a young man is drawn to the truth about his family roots and a growing need for some act of revenge, to seek atonement for the parents he never knew. What he discovers when he gets there will force him to make a choice: to succumb to a path set before him by the fate of his heritage, or turn away and forego the desire for vengeance pulsing in his veins?