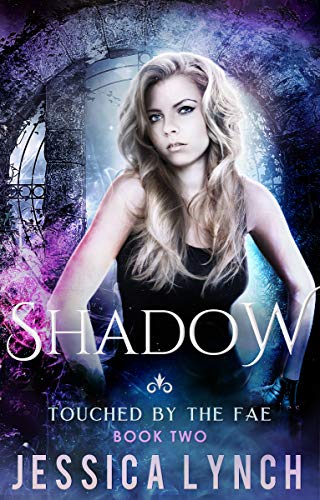 The fae are after me because I’m the Shadow. But what the hell is that supposed to mean?
Black Pine Facility for Wayward Juveniles. The asylum. I always thought it was a place for broken kids like me and it is, I guess. But that's not all.

The fae are after me because I’m the Shadow. But what the hell is that supposed to mean?

Black Pine Facility for Wayward Juveniles. The asylum. I always thought it was a place for broken kids like me and it is, I guess. But that's not all.

It's also a place where the fae put troublesome humans to forget about them.

After I was blamed for my sister's death, I was trapped inside for more than six years. My doctors—my captors—told me that I'd be free on my next birthday. In a couple of weeks, I would walk out of Black Pine forever.

I believed them, too.

The fae can't lie, but that doesn't mean they tell the truth. On my twenty-first birthday, I would be leaving the asylum... because the Fae Queen has decided it's time I was finally brought to Faerie to face her.

You see, I spent the last six years pretending that the fae don't exist. That all changes when a Dark Fae helps me break out of the asylum. Nine. The Shadow Man who was my loyal guardian and only friend when I was a little girl. Now that he’s back in my life for the first time in years, he swears he only wants to help me.

With a return to the asylum impossible, my only goal is to escape the fae chasing me. Even Nine. Especially Nine. And that’s way harder than I thought it would be. He’s… he’s different than the Shadow Man I remember from my childhood. The cold, emotionless fae is showing me a whole new side to him—and this sexy, devoted fae is helping me discover exactly who I am.

Abandonment issues, right? I have them in spades. So while I’m trying to escape the fae, I’m also trying to outrun my growing feelings for Nine.

If only I could get the hang of the whole walking through shadows thing...