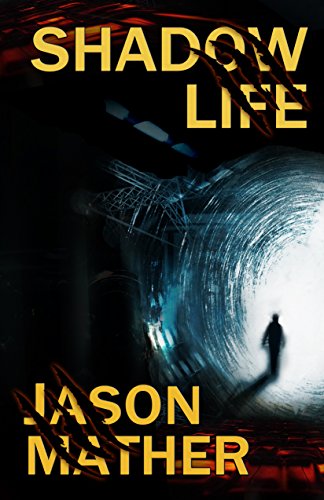 Shadow Life is a high-octane adventure set in a deeply layered near-future world of complex political arrangements and fascinating new technologies, a must for fans of science fiction and cyberpunk.

He’s back from the dead… and he’s not the only one.
The city-state of Denver is tightly controlled. High-tech methods of food manufacturing and firm restrictions on reproduction keep the population stable. But even here, in this regimented society, violence is never too far away…

It was supposed to be a simple job. At least, that’s what Hans Ricker was expecting when he agreed to deliver a mysterious package for five-hundred dollars.

He was not expecting to get torn limb from limb while making the handoff. Nor was he expecting to emerge from a coma fourteen months later in the mile-high Denver General Hospital, his original organs replaced with regrown tissue. And he definitely wasn’t expecting to find himself entangled in a police investigation – one which takes a dangerous turn when an armed man tries to assassinate Greta “Grit” Ricker, Hans’ estranged sister and head of Denver’s security forces.

Shadow Life follows Hans Ricker as he sets out to find the person responsible for the multiple attempts on his and his sister’s lives. Pairing up with “Onyx,” a powerful Denver crime lord, Hans hunts down leads across the Midwest. From the overpopulated religious commune of Salt Lake to the mountains of Colorado, Hans and Onyx fight for their lives against drones and lab-grown human constructs, gradually unravelling the mystery of who wants them dead, and why…

Shadow Life is a high-octane adventure set in a deeply layered near-future world of complex political arrangements and fascinating new technologies, a must for fans of science fiction and cyberpunk.