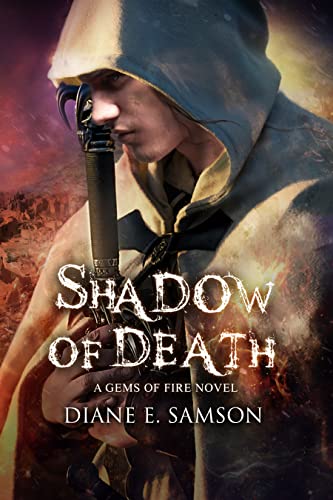 A homeless prince, a grueling mission, an unlikely hope. When tragedy drives Jack from home and into assassin training, all he wants is vengeance. But even in the desert the shadow of death follows. Hope sparks when Jack chances upon a familiar slave girl. Could his nightmares fade into a new dream?

A homeless prince, a grueling mission, an unlikely hope

When unspeakable tragedy strikes Prince Jack’s family, he’s left with one desire: vengeance. Now living in exile and serving a foreign king, Jack perfects his talent with the sword. He's sent to the desert for assassin training, dreaming of someday driving a dagger into that traitor Ingvar's heart.

Jack plunges into his training and finds a new family of sorts, whose morally gray members rid the city of vile criminals. But as the desert Lord Anwar readies for battle, allegiances shatter, blood runs in the streets, and the shadow of death looms near. During a last effort to complete his impossible mission, Jack chances upon a slave girl with a Northern accent and eyes so familiar that he makes a hasty vow.

He always thought he’d defeat his nightmares by becoming one. Could that nightmare fade into a new dream? And could that strange slave girl be at the heart of it all?