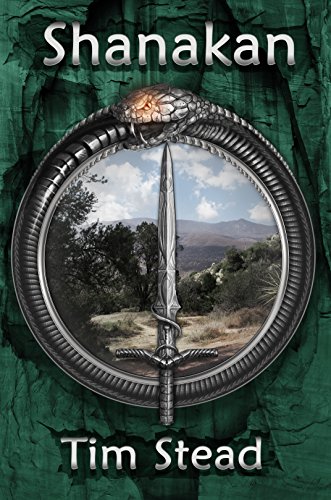 An epic fantasy about rising up against repression, about fighting something that cannot be defeated, about Cal Serhan, who emerges from boyhood to become a hero, and perhaps a greater monster than those he seeks to overthrow..

Shanakan is a land in decline, ruled by the brutal, inhuman Faer Karan. It is rife with banditry, the population is falling the cities are shrinking and the spectre of starvation looms.

A young man walks out of the untamed western lands into the heart of Shanakan. He is Cal Serhan, clever, talented, but barely more than a boy. His fate is inextricably tied to that of the Faer Karan. He is sent to be their enemy, but Cal will yield neither to the hatred that sent him, nor to the terror that awaits him.

To the people of the land he will become the bringer of law and justice. To the Shan he will be the herald of the fourth age, and to the Faer Karan he will be a tool that will serve their dark purpose, or die.

Can Cal resist the tides of history, fate and political intrigue that surround him to carve his own path, or will he lose himself in the roles that others desire him to play?
Can he even survive long enough to make the choice?