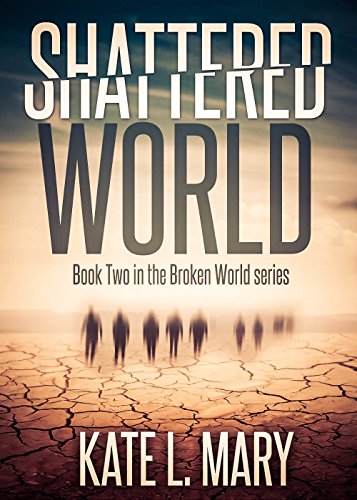 A group of survivors struggle to overcome differences while searching for safety after the world is overtaken by zombies. Going deep into Vegas to search for supplies, the group discovers that the dead may not be their only enemies.

Shattered World, the exciting sequel to Broken World, follows a group of survivors as they struggle to find safety in a world shattered by a devastating virus, and taken over by the walking dead…

Stranded in the middle of the Mojave Desert, surrounded by zombies, Vivian and Axl are sure they're facing the end. The dead are closing in and the shelter they were promised is sealed tight. Just when they think they've run out of time, the doors are thrown open. Five years underground with all the provisions there for the taking. It's almost too good to be true. With the promise of security, Vivian hopes she'll finally able to deal with the loss of Emily, her growing feelings for Axl, and the terrifying new world they're facing.

But their sense of security is soon shattered when they discover the shelter isn't the utopia they thought it would be. It seems the company that built the shelter decided to solve their financial problems by selling off provisions, which means the group has to find a way to get supplies. Or face starvation.

And Vegas is the closest city.

With her feelings for Axl stronger than ever, Vivian volunteers to accompany him and a few others on a trip into one of the biggest tourist cities in the world. Vegas is overrun with zombies, but there are other survivors as well. Only not everyone they meet is a welcome sight. As the emotional baggage piles up, Vivian and Axl's bond grows, but it doesn't take long to realize that zombies aren't the only thing they have to fear.