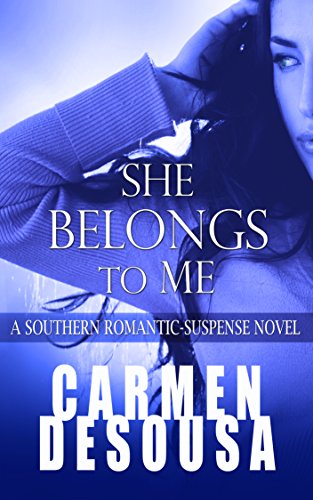 She Belongs To Me

In this tightly woven tale of love, possession, and secrets, police detective Jordan Monroe finds his wife unconscious, clinging to life. Was the shooting self-inflicted, or attempted murder? All he knows is that he must uncover the mystery of his wife's past before it claims them both.

Charlotte police officer Jordan Monroe is used to being in control. Ever since his father died, he has provided for his mother and sisters and even hired his two brothers-in-law to help run his successful construction company. On a chance business trip, however, he meets the one person who throws his life into a whirlwind--Jaynee.

Jaynee has lived a tragic life and has sworn off all men. That is until a rugged southern gentleman lands in her seating area, refusing to take no for an answer. From the moment they meet, Jordan sweeps her off her feet, assuring her that happiness exists. But can she really escape her past?

Five years later, Jordan finds Jaynee on their back porch with a gunshot wound to the head. While Jaynee lies in a coma, Jordan has to go back to their beginning and figure out what went wrong. Did he push his wife to the edge, or has her past come back to haunt them?