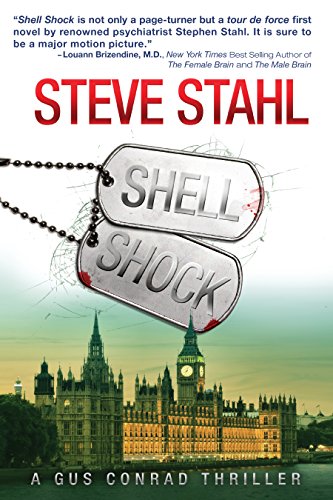 A fast-paced, rip-roaring Historical Fiction Thriller that entertains and educates. So gripping, it will leave you desperately hoping that what you are reading is pure fiction!

When psychiatrist Dr. Gus Conrad is called to consult by the U.S. army for its growing epidemic of suicides and PTSD (post traumatic stress disorder) among soldiers returning from Iraq and Afghanistan, his problems begin.

Accused of murdering one of his own patients, a soldier with PTSD, Conrad learns from the mother that the answer to who is the real killer resides in England, where her family holds a long-hidden secret.

Now Conrad must find the real killer as he slips out of the country to uncover to his horror the practice over the past century of British and U.S. armies both secretly killing their own soldiers who claimed psychological problems following combat, deeming them cowards, making their deaths look like suicides.

The current head of the American death squad has apparently killed Conrad's patient, and is now targeting Conrad himself for death. Following the clues in England, Conrad is shocked at what he discovers.
=Will Conrad and Warburton be able get back to the U.S. to expose the practice of armies killing their own soldiers they deem cowards?
=Can they stop the rogue leader of the American death squad before they themselves are killed?