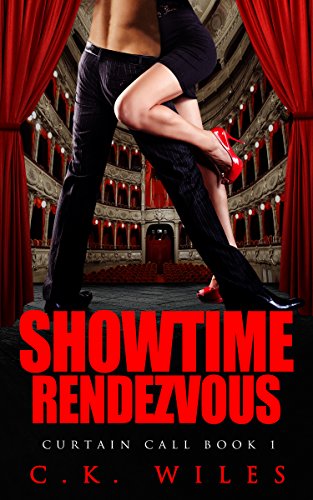 Kristin Hughes swore she’d never work in the theater again, but that’s exactly where the employment agency sent her. When old flame, Devon Dashner appears, he doesn’t recognize her. Kristin would rather smack Devon than work with him, but with money tight and desperation even tighter, she has no choice.

The last place I wanted to work at was a theater.
The last person I ever expected to see there was Devon Dashner.
A decade ago we shared a night of passion and then, silence.

I never heard from him again.
After gluing my broken heart together, I moved on.
Until now.
He's a performer at the theater where I landed my temporary accounting job.
There's no avoiding his constantly shirtless body, not that I want to.
The eye candy's sweet enough to give me cavities.
But he has no idea who I am.

10 years, glasses, a new hair style and a gallon of dye works better than plastic surgery.
I could start my own witness protection program.
As much as I want to be mad at him, his charm, his smile, his body … mostly his body, makes my insides do the cancan.
I want to run my hands all over him and nibble on his neck.
I could quit and find another job, but I need the money.
Better to ride things out and hope I don't have to break out the heart glue again.

The Plaisir De Rouge theater, with its cast of quirky characters, is the backdrop for this hilarious romantic comedy series. In Showtime Rendezvous, the first book in the series, Kristin Hughes finds herself in a predicament. She would rather smack Devon than work with him, but with money tight and desperation even tighter, she sets out to finish the job while keeping her identity, and her emerging desires private—at least for now.