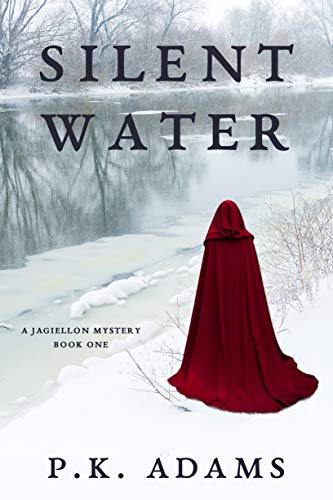 When a young Italian countess accepts a position at the 16th century Polish court, she expects more excitement than awaited her at home. Life as lady-in-waiting to the queen exposes Caterina to a vibrant culture and many handsome courtiers. But when a prominent nobleman is murdered, she realizes that excitement comes at a cost.

It is Christmas 1519 and the royal court in Kraków is in the midst of celebrating the joyous season. Less than two years earlier, Italian noblewoman Bona Sforza arrived in Poland's capital from Bari as King Zygmunt's new bride. She came from Italy accompanied by a splendid entourage, including Contessa Caterina Sanseverino who oversees the ladies of the Queen's Chamber.

Caterina is still adjusting to the life in this northern kingdom of cold winters, unfamiliar customs, and an incomprehensible language when a shocking murder rocks the court on Christmas night. It is followed by another a few days later. The victims have seemingly nothing in common. Gossip, speculation, and suspicion are rife, but the perpetrator remains elusive as the court heads into the New Year.

As the official investigation stalls, Caterina—aided by Sebastian Konarski, a junior secretary in the king's household—sets out to find the killer. With clues beginning to point to the queen's innermost circle, the pair are soon racing against time to stop another murder.

Silent Water is a story of power and its abuse, and the extremes to which a person may go to find redress for justice denied. Although set at the dawn of the Renaissance era, its themes carry uncanny parallels to some of the most topical social issues of the 21st century.