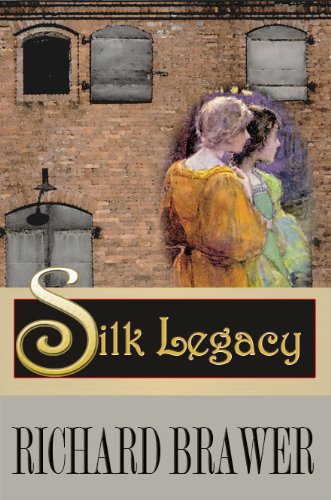 In early twentieth century Paterson, New Jersey, a domineering silk industrialist clashes with his progressive suffragist wife and his radical unionist brother. Jealousy, infidelity, arrogance, greed abound in this epic family saga. Who will triumph and who will be humbled is not certain until the last page.

In early twentieth century Paterson, New Jersey, dashing twenty-nine year old Abraham Bressler charms naïve nineteen year old Sarah Singer into marriage by making her believe he feels the same way she does about the new calling of a modern woman. He then turns around and gives her little more respect than he would a servant, demanding she stay home to care for "his" house and "his" children.

Feeling betrayed Sarah defies him and joins women's groups, actively participating in rallies for woman suffrage, child welfare and reproductive freedom. For a while she succeeds in treading delicately between the demands of her husband and her desire to be an independent woman. Her balancing act falters when a strike shuts down Paterson's 300 silk mills. With many friends working in the mills, Sarah is forced to choose sides in the battle between her Capitalist husband and his Socialist brother, a union leader who happens to be her best friend's husband.

Jealousy, infidelity, arrogance, greed--the characters' titanic struggles will catapult you into the heights of their euphoria and the depths of their despair. Who will triumph and who will be humbled is not certain until the last page.