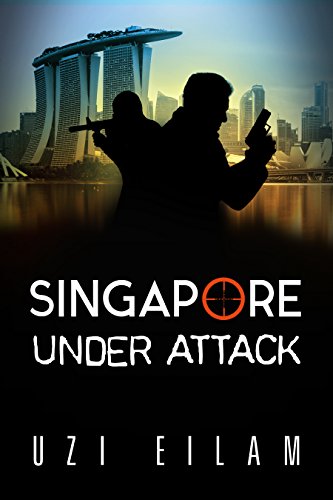 Dr. Gideon Ben Ari, a brilliant advanced technology specialist, must combat a highly sophisticated, multifocal chain of international Iranian terror in this tale of love, lust, the whims of the human spirit, and the war of good against evil.

Dr. Gideon Ben Ari, a brilliant specialist in advanced technology, is called upon by the Israeli Mossad to combat a highly sophisticated, malevolent cyber attack planned by the Iranians in Singapore to target the Israeli and American embassies and then a multifocal chain of worldwide terror. The novel provides a rare peek into the Iranian decision-making process, replete with fascinating, volatile internal power struggles.Can Gideon arm his global task force with the keys to diffuse the malicious attacks?

Gideon must come up with futuristic technological solutions, developed in real time, to be put into effect immediately by an international task force. His rich combat experience as an Israeli Army commander also comes into play. The highest ranks in Singapore, including strong, influential women in the fields of economy and government, give Gideon their full support in this tale of love, lust, the whims of the human spirit, and the war of good against evil.

Additional books in this series: In The California Triangle Gideon finds himself involved in an American espionage affair that includes the FBI, Mossad, and groups interested in overturning the Iranian government. In A Trap in Paris the war against terrorism and development of nuclear missiles by the Iranians reaches Europe, and Gideon is once again enlisted for the challenge.