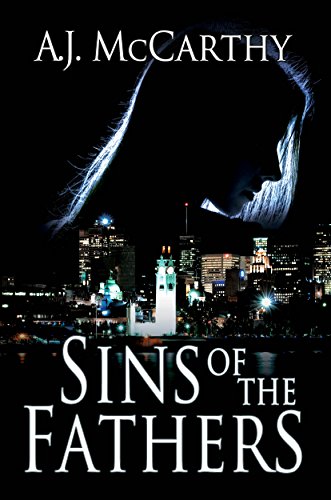 Sins Of The Fathers

Charlene Butler, aka Charlie, is harassed by anonymous letters, followed by explicit threats. She hires a PI to find the culprit, and their quest takes them through the underworld of Montreal to organized crime in Dublin, Ireland. What they find turns Charlie’s life upside down.

Charlene Butler, a.k.a. Charlie, is beautiful, independent, and a successful pub owner in downtown Montreal, but prefers not to discuss her past, or the main reason for her success. When she anonymously receives strange letters and the police don’t show an interest in the case, she is convinced by Frank, her best friend, to hire a private investigator to help her solve the mystery. However, PI Simm seems to have a few secrets of his own.


Charlie and Simm join forces when the harassment escalates from letters to explicit threats. Their investigation leads them from the safety of her home, through Montreal’s underworld, to organized crime in Dublin, Ireland. What they discover contradicts Charlie’s most fundamental beliefs in herself and ultimately makes her doubt her own character.