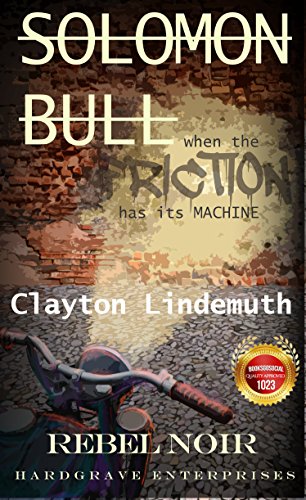 Solomon Bull: When The Friction Has Its Machine

Solomon Bull is the son of a rebel who died fighting for the American Indian Movement. Wary of assimilation, he uses monkey wrench tactics to destroy a corrupt senator. Pursued by Treasury, Militia, and the corrupt senator’s henchman, Solomon will learn if he is heir to his father’s revolution.

Have you heard of the Desert Dog? It kills people who take it on.

Blackfoot Indian Solomon Bull trains for the ultra-dangerous endurance race called Desert Dog. Winning the race would solidify Solomon's inheritance. His father was a rebel who died in the 1980's fighting the US government for the American Indian Movement.

Ex-mercenary Cal Barrett designed Desert Dog to shred people. Rumor is he recruits winners into a clandestine paramilitary outfit. Solomon is approached by Rachel, a government official who'll do anything to persuade him to infiltrate Cal Barrett's outfit. She warns him that something big is on the horizon.

The pendulum between assimilation and war is swinging. Will Solomon get eaten by the machine his father died fighting?

Can one man fight the evil that surrounds him and win?