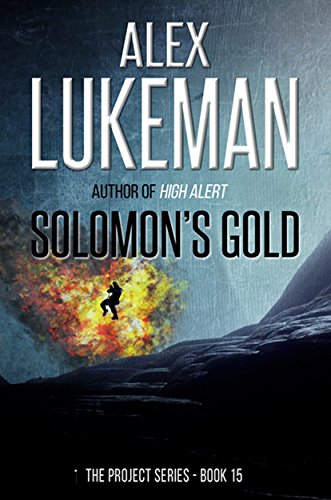 An ancient scroll written in code is discovered in a New York museum with clues to a treasure collected by King Solomon. Murder and betrayal stalk the Project team as they search for the treasure. Meanwhile, a sinister plot unfolds to kill two of the world's most important leaders.

An ancient scroll written in code is discovered in a New York museum. Selena Connor is called in to break the code and translate the writing. She's a world-class linguist, a member of the secretive, covert operations team known as the Project.

The scroll reveals clues to a treasure collected by King Solomon to build and maintain the First Jewish Temple. Hidden somewhere in the desert lands of Israel is a vast hoard of gold, the heritage of a nation.

Director Harker of the project sends the team out to see if they can discover where the treasure is hidden. Selena is determined to quit the dangers of the field, but this looks like a pleasant change from the usual mission. It's just a simple, archaeological expedition, after all. But nothing that involves the Project is ever simple.

Betrayal, murder, and shadowy enemies stalk the expedition, as Selena and her teammates follow the clues revealed by the scroll. Meanwhile, back in New York where it all began, a sinister plan is unfolding.

Will the Project survive their enemies and find Solomon's gold? Can they stop a plot that will kill two of the world's most important leaders and thousands of unsuspecting victims?

The issue is in doubt…